New Fears about Air Pollution in the UK 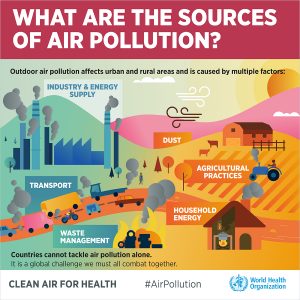 Studies published this year link the particles to cancers, lung and heart disease, adverse effects on foetal development and poor lung and brain development in children. They are considered a key threat to health because they go deep into the lungs and then reach other organs, including the brain. European standards allow the levels of particles in the air to be 2.5 times higher than those stipulated by the WHO.

Professor Annette Peters, director of the Institute of Epidemiology at the Helmholtz Zentrum, Munich, said the UK urgently needs to introduce tougher standards. “Particles are a major and invisible danger to our health, especially in London and our big cities.

Vehicle emissions are predominantly to blame, but domestic heating systems and industrial pollutants are also factors.

According to a paper, written by Peters and published in the Lancet, ambient air pollution now ranks among the top 10 major risk factors for attributable death worldwide and leads to an average loss of life expectancy of approximately one year in Europe.

Peters said ultra-fine particles could carry several thousand kilometres. “In most times you don’t see or smell it, the pollution, so it’s clear, if you look to India or the far east, the pollution is very visible. Here, we have blue skies but that doesn’t mean we have truly clean air.”

A WHO report estimated that in 2016 air pollution contributed to more than half a million deaths from respiratory tract infections in children under five years of age.

We all have the right to breathe clean air and we must all play our part in tackling this issue across the board. 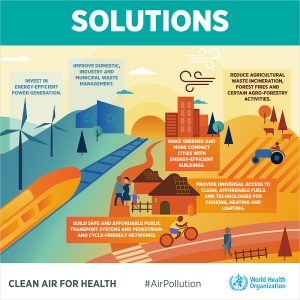 To find out how Prohire could benefit you and your fleet, contact a member of our experienced Customer Relations Team on 08432 909 089 or email hello@prohiregroup.co.uk